Get fresh music recommendations delivered to your inbox every Friday.

by Soriah with Ashkelon Sain 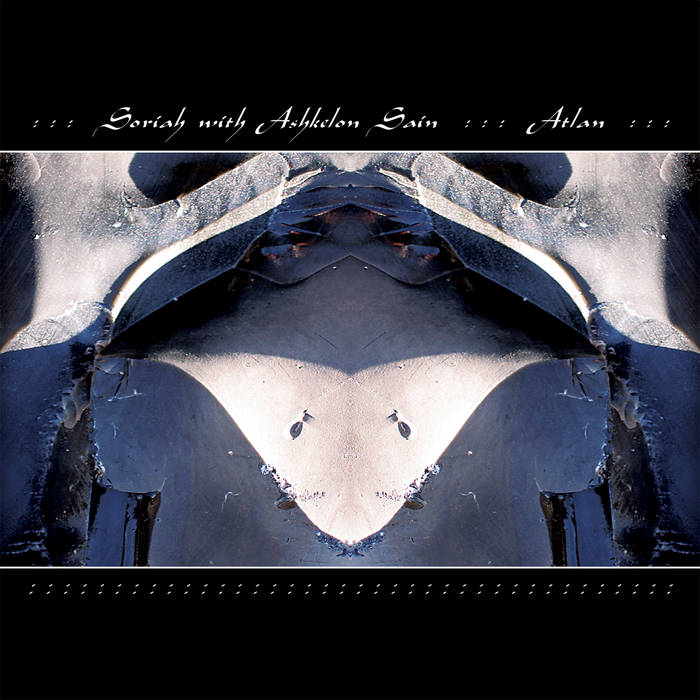 Soriah has extensively trained in traditional Tuvan throat singing. Most recently, he was honored as the Third Place winner in the International Symposium of Khoomei Competition, and “Best Foreigner” in the 2008 Ustuu-Khooree World Music Festival in Tuva, where the form originated.

As much as the complex underpinnings of Soriah’s music reach back to Central Asia, he traces his cultural roots to his father’s homeland of Mexico. Soriah’s explorations of Mexico’s cities, wilderness, and eclectic indigenous traditions – as well as his extensive Tuvan travels and musical studies there – have deeply influenced his pan-cultural ethos. Soriah’s interest in contemporary expression through animism and shamanism, and particular fascination with the Aztec mysteries has all substantially informed the material found on Atlan. Of the album’s lyric tracks, five are intoned in the ancient Aztec language of Nahuatl, while two others are interpretations of traditional Tuvan chants.

Producer/instrumentalist Ashkelon has crafted the album’s sound with a seamless, ambient quality, harkening equally to the symphonic and the etherealesque. Arranged in spellbinding tempo, the tracks vary in structure from linear, North Indian styled ragas to rhythmic, esoteric songs to multilayered walls of ambient beauty, all the while retaining an unwavering sense of spiritualism and timelessness.

Atlan is a ritualistic sound adventure. You emerge from a listen with your head swaddled in a pre-linguistic fever dream. Vocals and whispers collide and chase each other through the mix and just when you start to feel comfortable or certain of the terrain, another movement begins and you’re back in the mist. With closed eyes, envision vast steppes illuminated by firelight, or rain falling in deep space, or vanished civilizations – ancient and mysterious yet curiously modern.

Soriah is the stage persona for the internationally recognized artist, Enrique Ugalde. Soriah’s craft is a blending of traditional Khöömei (Tuvan Throat Singing), tempered with Soriah’s own visceral force. Soriah’s use of Khöömei as a transportive medium is an offering to nature in her own tongue, that of organic sound whether it be wind, water or the mimicry of animals. ... more

Bandcamp Daily  your guide to the world of Bandcamp